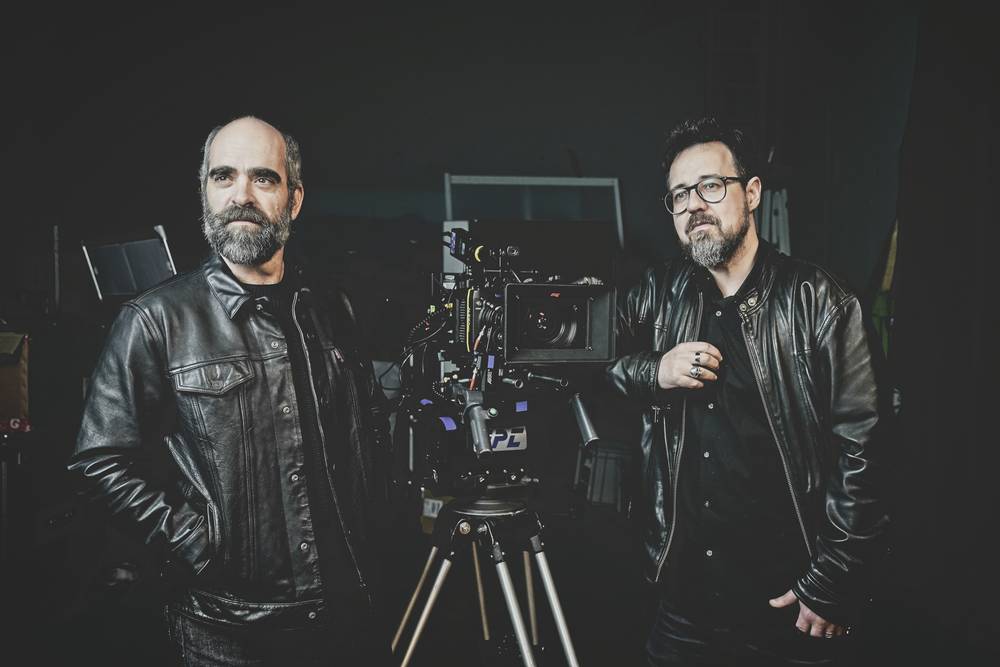 We are pleased to inform you that this Thursday, April 5, Paco Plaza will start filming his new feature film in Galicia, the thriller “QUIEN A HIERRO MATA”, a story of revenge with a screenplay by Juan Galiñanes and Jorge Guerricaechevarría starring Luis Tosar, Xan Cejudo, María Vázquez, Ismael Martínez and Enric Auquer.

“QUIEN A HIERRO MATA” is a production of Vaca Films, Atresmedia Cine and Quien a hierro kills AIE, in co-production with Playtime Production (France), with the participation of Atresmedia and Movistar +, and with the support of Agadic and Programa Media. The distribution in Spain will be in charge of Sony Pictures Entertainment Iberia, and the international sales of Film Constellation.

SYNOPSIS
In a small town on the Galician coast, Mario lives, an exemplary man. Life is going well for both family and professional: soon he will have a son with his wife, Julia, and in the nursing home where he works as a nurse everyone appreciates him.
When he arrives at the residence recently left from the Antonio Padín prison, the best-known drug dealer in the area, Mario goes out of his way to make him feel at home like a home. Fleeing from his children, Kike and Toño, in charge of the family business, Padín will increasingly get more confidence and appreciation from the nurse.
The deception of a partner and the debt with a Colombian provider, take Kike to jail and Toño turning to the nurse to try to convince his father to assume the debt. But Mario has his own plans …

This story of revenge is the new feature film by Paco Plaza after the critical and box-office success of “Verónica”, and the first of his films in which Plaza does not sign the script, which comes from the hand of Juan Galiñanes and Jorge Guerricaechevarría ( “Cell 211”, “El Niño”, “One hundred years of forgiveness”, “The Community”).

In the words of Paco Plaza “` Who the Iron Kills ” will be my ninth film as a director, and it will be the first time I start from a material that has not been generated by me, not that I have resisted it in a conscious way, but over the years it has always been difficult for me to feel a full identification with a story or a script that has come in. However, this time I felt a strong connection with this story, and not only me but all those who They read it, and consequently I understand that the viewers who finally see the film, because `Who kill iron, ‘like all great stories, speaks of each one of us and all of us at the same time.”

The film will be shot during the months of April and May in various locations in Galicia distributed between the area of ​​Arousa – particularly in the region of Cambados – and in A Coruña and surroundings. For the film we have the collaboration of the DomiaVi Geriatrics Residence, the Euroespes Medical Center and the Quirónsalud Hospital, scenes of the film.

For Emma Lustres, producer of Vaca Films, “` Que a iron mata ‘is a thriller with a strong dramatic charge that addresses issues such as betrayal, family relationships, the consequences of the world of drugs or violence. highlights of the script is that the motivations and the objective of the protagonist will make the position of the viewer very uncomfortable. “Who kill iron” explores the darkest side of the human being and perfectly exemplifies the eye for an eye, tooth for a tooth. It is the story of a revenge.

It is vital to highlight the importance of the context: the Arousa area, the main focus of drug trafficking in Galicia. We start from a local history, almost from a micro universe, to get a universal story, narrated in a very personal and realistic way. “

Mercedes Gamero, from Atresmedia Cine, affirms that “` Quien a hierro mata ‘brings a new and personal look into the successful path of the thriller in Spanish cinematography that we hope will continue to triumph not only in our domestic but also in the international market. this film culminates a long journey in the attempt to work with Paco Plaza, the wait has been worth it. “

Paco Plaza has some of his usual collaborators for this shoot, such as the director of photography Pablo Rosso, the art director Javier Alvariño and the costume manager Vinyet Escobar. The technical team includes the usual professionals in the productions of Vaca Films as the head of sound David Machado (winner of the Goya for “The Unknown”), the production manager Enrique Batet, the head of makeup and hairdressing Susana Veira, the InExtremis team in charge of the special effects and specialists of GalaicoStunt. Félix Bergés (“Game of Thrones”) and the El Ranchito team will be in charge of the visual effects.

The music will be by composer Maika Makovski, who, in addition to numerous critically acclaimed albums, composed the soundtrack of the documentary “Romea, 150 anys”.