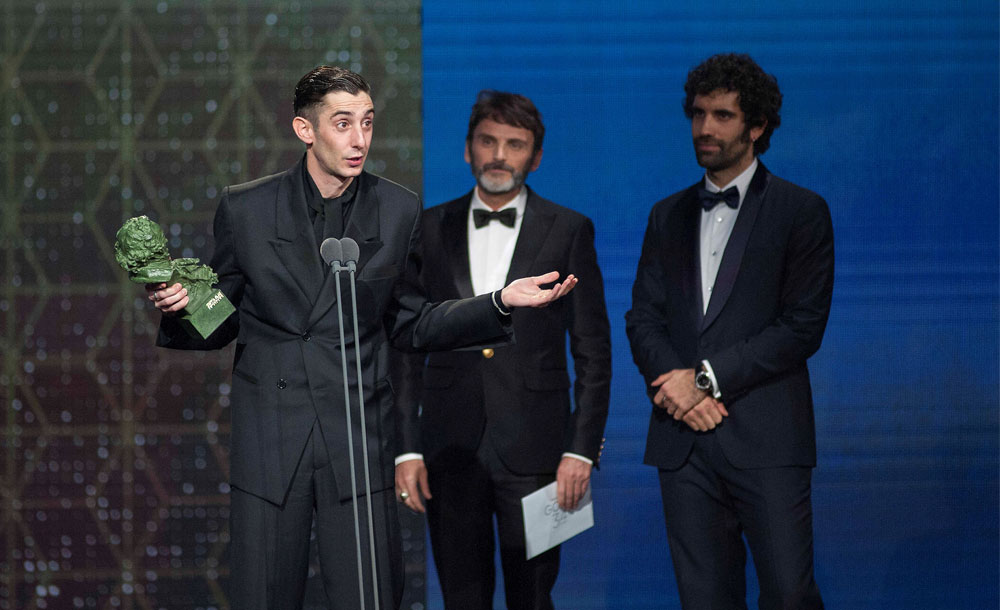 Yesterday, Enric Auquer won the Goya award for Best New Actor for his role as a young Galician drug dealer in EYE FOR AN EYE, the film directed by Paco Plaza and produced by Vaca Films.

Auquer has imposed himself to Nacho Sánchez, nominated for “Diecisiete”, to Vicente Vergara, for “La trinchera infinita” and to Santi Prego for “Mientras dure la guerra”.

He has also triumphed at the Feroz and the Premis Gaudí, winning in both the award for best supporting actor.