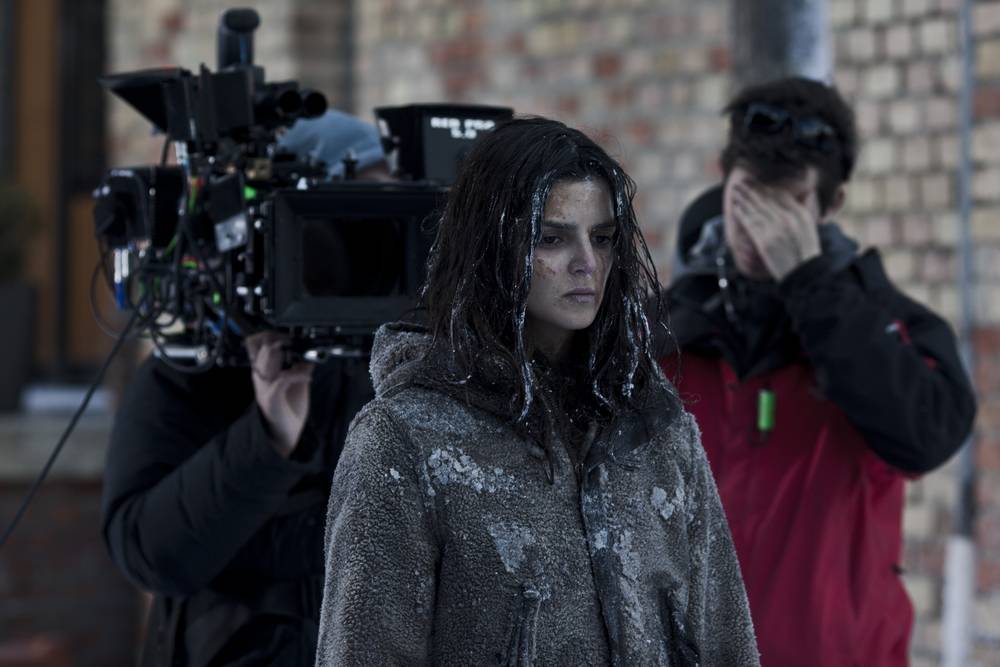 Today Wednesday April 22 will be presented in the “five minutes of cinema” section of the Spanish Film Festival of Málaga the first images of EXTINCTION, new froject of Miguel Ángel Vivas.

The director, Miguel Ángel Vivas will be accompanied by Clara Lago, one of the protagonists, along with producers Borja pena and Emma Lustres (Vaca Films).

At the presentation it will also be shown for the first time the trailer for Spain as well as a previey of the film. EXTINCTION, to be released in the spanish screens in summer 2015 with Sony Pictures Releasing Spain, has a cast led by Matthew Fox (“Lost”, “World War Z”), Jeffrey Donovan (“J. Edgar”, “Exchance”) and Clara Lago (“Spanish affair”).

The film is directed by Miguel Ángel Vivas, whose previous work, “Kidnapped”, was emerged as one of horror movies revelation of 2011, obtainint, among other, the awards for Best Director and Best Film at the Fantastic Fest Film of Austin, the most important horror festival in the United States.

The film, which was shot over nine weeks in Budapest and various areas of the Pyrenees, counts with the participation of Televisión Española, Canal + Spain, Cana + France and Canal Sur, Ellipsis Capital and Hello Media Group. It will be internationally distributed by Sony Pictures Worldwide Adquisitions.

Nin years after an infection turned a big part of humanity into wild creatures without intellect, Patrick, Jack and his daughter Lu survive alone on the outskirts of Harmony, in a forgotten corner covered with perennial snow. But something terrible happened between Patrick and Jack and deep hatred survives between them. When infected reappear, both must leave behind his resentment to survive and protect what they want most, the little Lu.