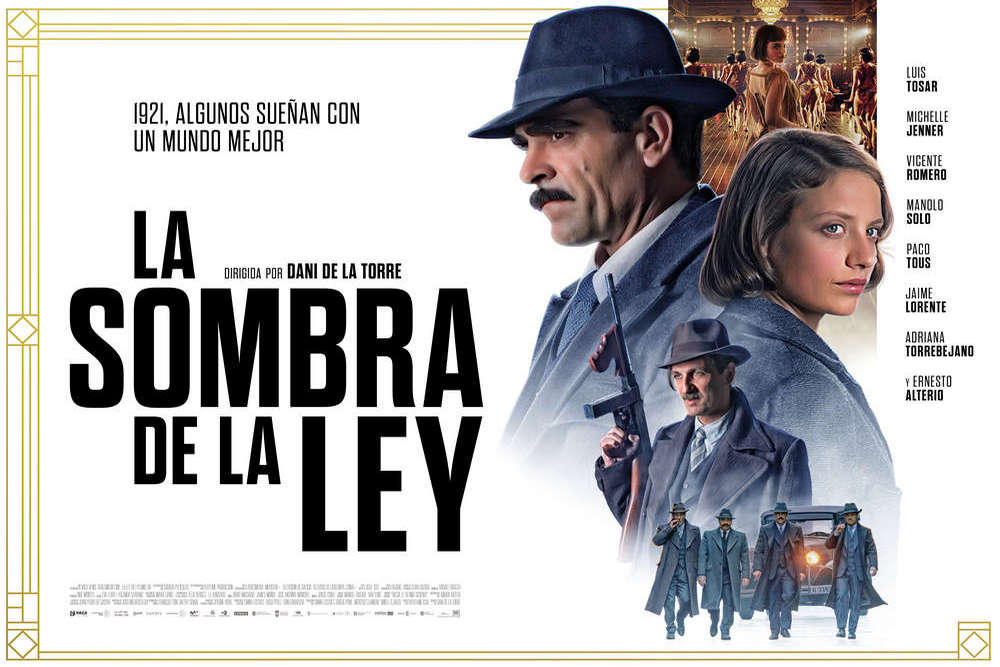 GUN CITY by Dani de la Torre will hold a grand premiere at the 51st Sitges International Film Festival on Friday, October 5 at the Auditori, inaugurating the Orbit Section. The public attending the festival will have the privilege of enjoying this great production by Vaca Films and Atresmedia Cine that will premiere in cinemas on October 11 distributed by 20th Century Fox.

Dani de la Torre, who with his first film Retribution was acclaimed by public and critics nationally and internationally, presents in GUN CITY, “a gangster film that had not been made before in Spain. A film of adventure and action, but also with em0tion. GUN CITY portrays a little-known but exciting historical period. I want, above all, to entertain the spectator: that the public travel with us, and be moved by our history”, in the words of its director.

Written by Patxi Amezcua, the film is inspired by real events and tells a story that helps us learn, through past events, what the country in which we live is like. It is a thriller full of suspenseful moments that also tells a love story. The film is set in the “happy twenties”, a convulsive and revolutionary period in which many of the great advances of the twentieth century were forged.

GUN CITY has the collaboration of soprano Ainhoa Arteta who interprets the central theme of the film and whose soundtrack has been composed by Manuel Riveiro and Xavi Font and interpreted by the Galician Symphony Orchestra.

1921: Spain experiences a hectic and chaotic moment, with clashes between gangsters and anarchists. In this tense atmosphere, the policeman Aníbal Uriarte is sent to Barcelona to collaborate, with the local police station, in the arrest of those guilty of robbing a military train.

Aníbal will come into contact with the underworld and will have to deal with his corrupt companions, with the manipulative owner of a cabaret and with his own feelings when he meets Sara, a young, temperamental fighter whose encounter will have unexpected consequences for both of them.

GUN CITY is produced by Vaca Films, Atresmedia Cine and La Ley del Plomo A.I.E., in association with Sábado Películas, in co-production with Playtime Production, with the participation of Atresmedia, Movistar+, Canal Plus (France), Televisión de Galicia, Televisió de Catalunya, with the support of ICAA, ICEC, Agadic and Programa Media. 20th Century Fox distributes the film in cinemas and international sales are handled by Playtime.