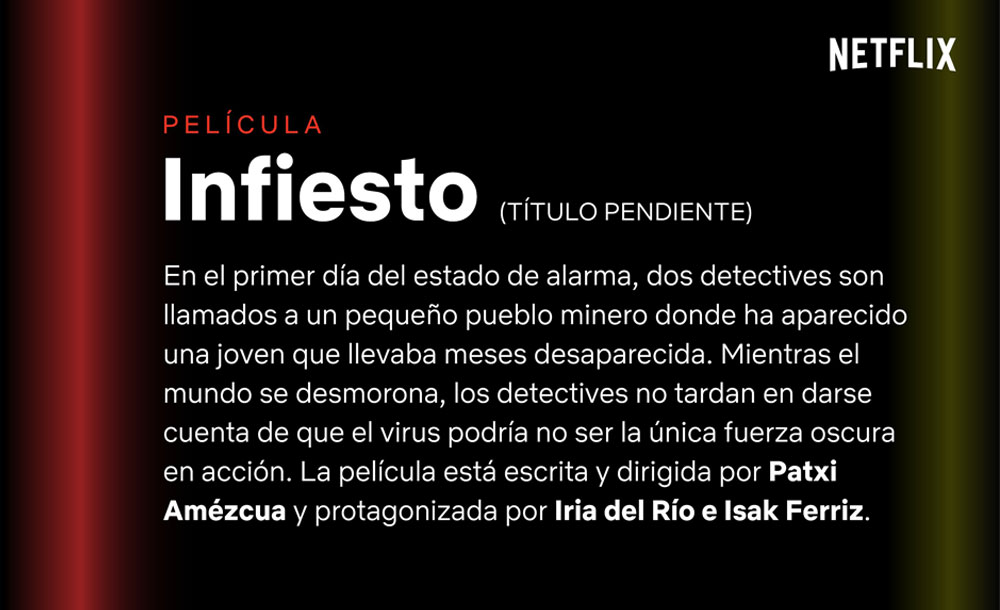 The story of this film begins on the first day of the state of alarm, when two inspectors are called to a small mining town in the Asturian mountains where a young woman who had been presumed dead for months has been found. As the world crumbles and personal tragedies strike everywhere, the detectives soon realise that the virus might not be the only dark force at play.