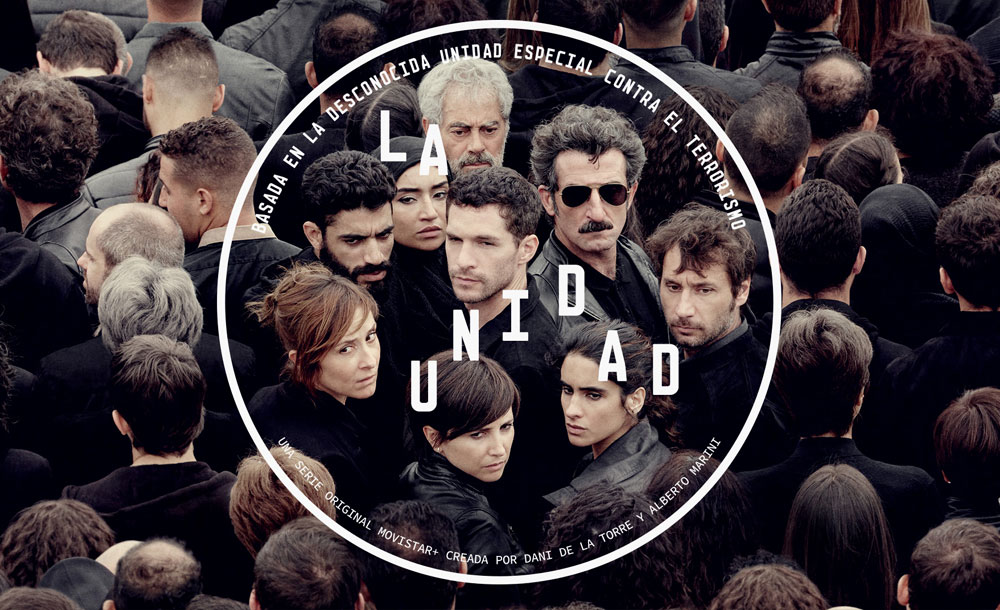 LA UNIDAD, the new original series from Movistar+ in collaboration with Vaca Films that will be released on the platform next May, premieres its official trailer. This production is based on the unknown work of the National Police unit that fights terrorism, one of the most effective in the world.

The series is a thriller whose script has been written for the first time with the collaboration of real members of this National Police unit; a meticulous work of documentation and investigation that combines entertainment with a topical plot, and that offers an unknown perspective of the police work through a complex anti-terrorist operation led by this unit and that covers different countries.

It is a little known fact that, since 11 March 2004, Spain has been one of the countries with the most anti-terrorist operations in the world. Through its six 50-minute episodes THE UNIT reveals how members of the Police Investigation Unit led by Chief Commissioner Carla act and live. Normal and anonymous people capable of extraordinary victories.

On the other hand, the international journey of THE UNIT has already begun. Beta Film will distribute the rights of this series outside our borders and has announced that HBO has acquired its rights for Latin America.