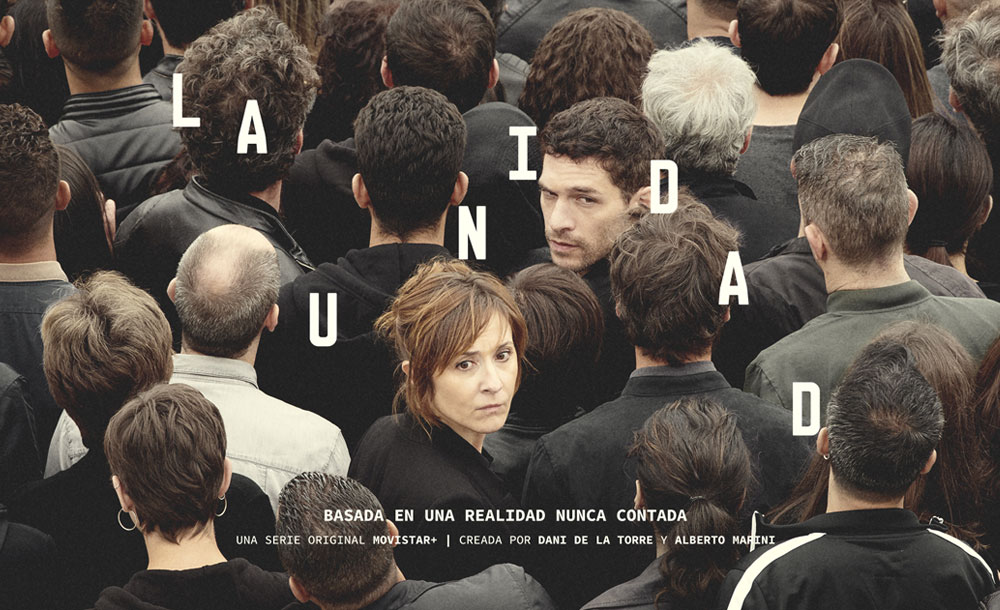 Next May, Movistar+ will release ‘LA UNIDAD’, the first series of Vaca Films based on unedited testimonies and real experiences of high level professionals in the fight against terrorism.

‘LA UNIDAD’ is a police thriller created by Dani de la Torre and Alberto Marini that reveals how members of the Police Investigation Unit that fights jihadist terrorism act and live. This team of professionals is led by Chief Commissioner Carla (Nathalie Poza).

Director and creator Dani de la Torre acknowledges that, in this reality-inspired crime fiction, “two very different worlds are mixed, we will enter two antagonistic cultures that have had to live together and understand each other for centuries. We will discover unique characters who will take us by the hand on a unique journey, never before shown in a series”.

The series offers an unknown perspective of police work, necessarily anonymous, from a complex and exciting operation that covers different countries. It combines entertainment with a highly contemporary story that has been carefully documented and researched. In addition to Madrid, Girona, Galicia, Malaga and Melilla, its filming has crossed the borders of our country and includes international locations such as Nigeria, Toulouse and Perpignan.

Through its six 50-minute episodes, ‘LA UNIDAD’ also tells how they live and how their work affects their personal relationships. Flesh and blood heroes, highly qualified and at the forefront, internationally recognized among the best professionals in the world and always willing to look after the safety of citizens, protagonists in the shadows, of whom we know nothing, because, to do their job well, they must be invisible.

Frenetic and very up-to-date, ‘LA UNIDAD’ is a faithful reflection of the society in which we live: globalized and in which events are developing rapidly. Alberto Marini, creator with Dani de la Torre and scriptwriter with Amelia Mora, says: “Our intention has been to offer a 360 degree portrait of someone who is on the front line of the fight against terrorism, who returns home every day, and has to face his small and big daily problems. It has taken us two years of research and, as well as providing us with valuable material for the series, it has proved to be an extremely enriching life experience”.

This particular and necessary brigade will have to infiltrate and immerse itself fully in a revealing and delicate operation that will test both the professionalism and humanity, the values, the ambition, the limits and the most real fears of the members of this unit.

LA UNIDAD’, a global entertainment series with an extraordinary production and visual power. Dani de la Torre and Alberto Marini have surrounded themselves with a first class technical team with Josu Incháustegui as director of photography, Julio Torrecilla as art director, Jorge Coira and Juan Galiñanes in the editing, El Ranchito in the digital effects and Manuel Riveiro as composer of the soundtrack. Many of them collaborated with Dani de la Torre in ‘La sombra de la ley’, winner of three Goya awards and ten Mestre Mateo prizes and ‘El desconocido’, which won two Goya awards. Alberto Marini writes the script with Amelia Mora.

When one of the operations led by Carla, the head of the Police Investigation Unit against Jihadist terrorism, ends with the arrest of the world’s most wanted leader, Salah Al Garheeb, success quickly turns into a terrible threat: Spain becomes the main target of his followers, led by his son, who would not hesitate to immolate themselves in exchange for achieving their goals.

In the most dangerous situation ever, Carla will also have to deal with her personal conflicts. Among them, Marcos, father of her daughter, from whom she is separating and one of the best agents the unit can count on. Along with them, a team of police, dedicated to the most important investigation of their careers and with international connections.

These are necessarily invisible professionals with unknown missions to protect thousands of people while they try to resolve the private lives that their profession has, in part, taken away from them.