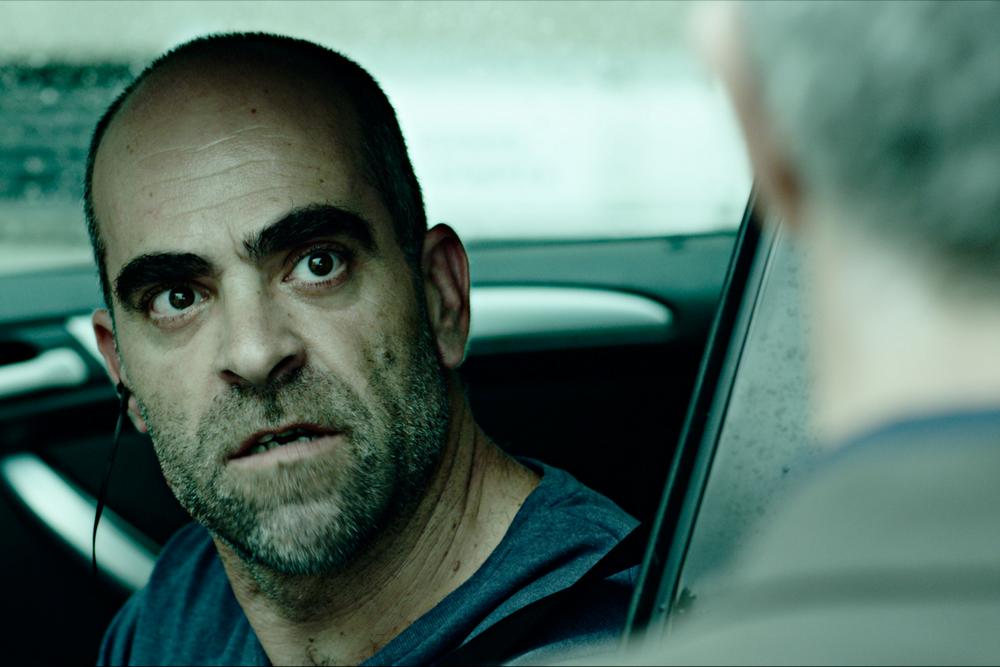 Next thursday April 23rd there will be presented in the “five minutes of cinema” section of the Spanish Film Festival of Málaga the first images of RETRIBUTION, a thriller starring by Luis Tosar and Javier Gutiérrez and directed by Dani de la Torre.

First images of RETRIBUTION will be shown at the presentation. The director, Dani de la Torre, will be accompanied by lead actor Luis Tosar, presenting the film, which will be released in Spain next September 25th. This thriller is produced by Vaca Films and Atresmedia Cine and counts with the participation of Atresmedia, Televisión de Galicia, Canal + Spain and Canal + France. The film will be distributed by Warner Bros Pictures Intl España.

Carlos, a bank executive, starts his daily routine by driving his kids to school. When he takes off in his car, he receives an anonymous telephone call informing him that there is a bomb under his seat. A stranter’s voice tells him he has just a few hours to obtain a arge amount of money or else the bomb inside the car will explode.