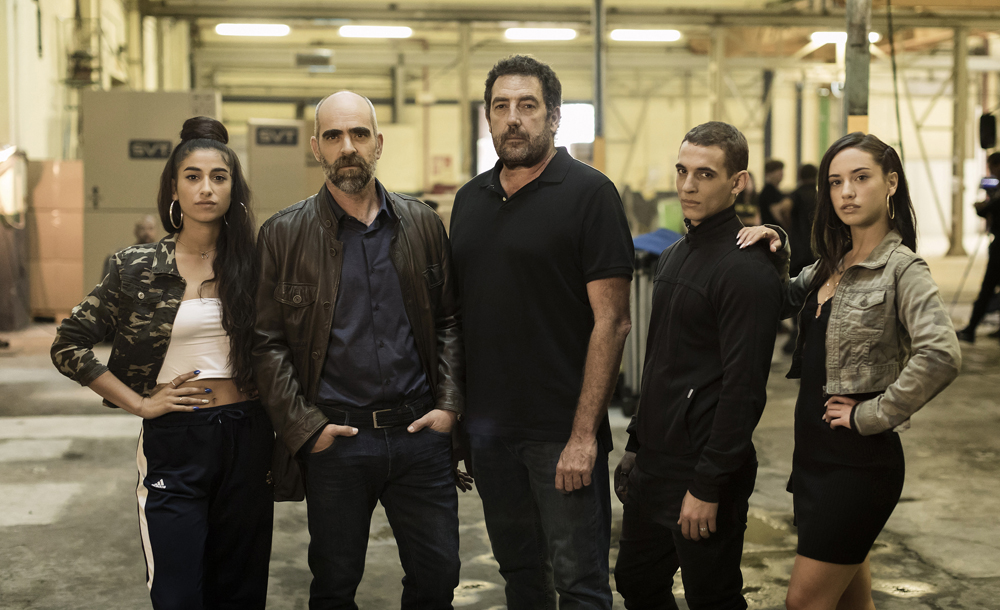 Shooting has begun in Madrid on SKY HIGH, Daniel Calparsoro’s new feature film (TO STEAL FROM A THIEF) produced by Vaca Films (EYE FOR AN EYE) with the participation of RTVE, Movistar+ and Telemadrid , with the support of ICAA (Ministry of Culture) and Programa Media. The film will be distributed in Spain by Universal Pictures International Spain and internationally by PlayTime Group (France).

SKY HIGH has the participation as supporting actors of some of the most followed rappers of the moment: Ayax, Dollar Selmouni, Olmo (Jarfaiter), Ramseys or Carlytos Vela.

According to its director, Daniel Calparsoro, “SKY HIGH is a thriller full of robberies and strong emotions, a playful and fast film, with the social background that narrates the adventures of the criminals raised behind the cranes of the real estate bubble, behind the opportunities, and that have made of the robbery an art, a way to arrive at the pleasures and luxuries that our society offers, but that are reserved to a few. SKY HIGH is the story of Ángel, of his ambition to triumph, of his love for Estrella, and of the sacrifices he must make to reach the top. Stealing and stealing, without ever stopping. From Madrid to Ibiza. A journey that starts in the towers of the suburbs of the capital but with an eye on the towers of the Castellana. An urban portrait of present-day Spain, inspired by the reality of the new capos of national organised crime”.

The shooting will take place during 8 weeks in locations in Madrid, Ibiza and Valencia.

The day Ángel spoke to Estrella in that nightclub, his life changed forever. After a fight with Poli, the girl’s possessive boyfriend, he discovers that Ángel has the talent to get into trouble and, most importantly, to get out of it. That’s why he encourages him to join a band of muggers who keeps the Madrid police in check and turns their existence into all or nothing.

Ángel begins to climb quickly in a pyramid of robberies, black money, shady businesses and corrupt lawyers that will lead him to be cornered by Duque, a tireless detective who will not stop until his career ends. Disregarding the advice of his people, Ángel manages to ascend until he becomes the protégé of Rogelio, one of the guys who controls the city’s black market. With him and Sole, daughter of the capo, Ángel will discover that the price of power is high and that he will soon have to decide between his future as a robber and the love of his life, Estrella. A journey that began in the dirtiest of the suburbs and whose main objective is the highest: the sky.