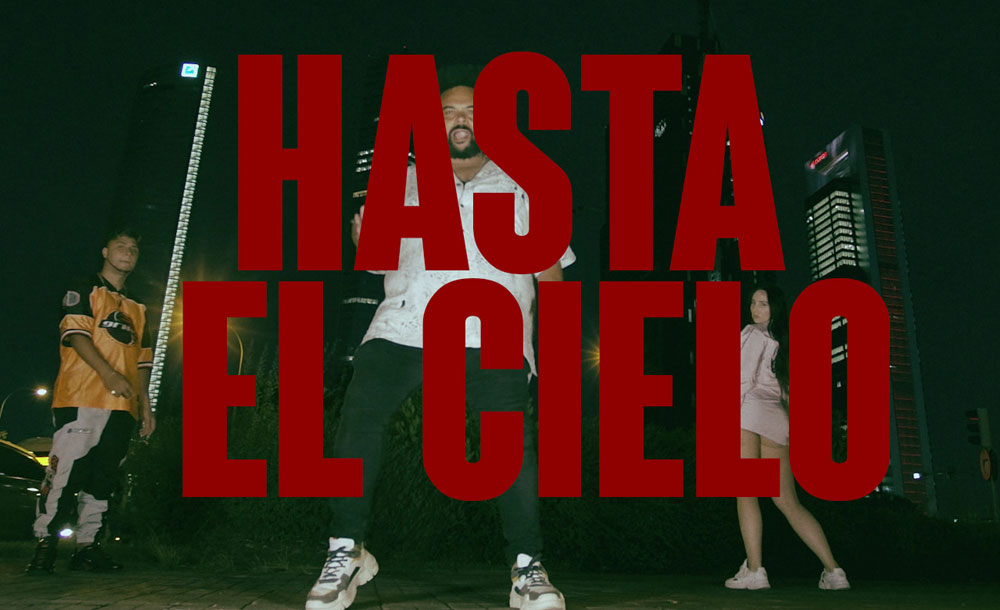 SKY HIGH, the new and thrilling robbery thriller directed by Daniel Calparsoro and produced by Vaca Films, is warming up for its spanish premiere on November 27th with the release of the official video clip of “Hasta el cielo”, the film’s main theme.

The single, which is already available on all digital platforms, is composed by the prestigious and eclectic musician, producer, winner of the Ondas award and six times nominated for a Latin Grammy, Carlos Jean, in collaboration with Mala Rodríguez, rapper Dollar Selmouni and actress Carolina Yuste. Listen to it here.

SKY HIGH counts with the participation of some of the most followed artists in the national urban music scene: Ayax, Dollar Selmouni, Jarfaiter, Ramseys, Carlytos Vela or Rukeli, in which is their first incursion in the cinema. His soundtrack has been composed by Carlos Jean, and combines electronic and urban rhythms with songs by C. Tangana or the new single by DJ Nano, “El Tridente” (feat Costa).

The videoclip has had the participation of its interpreters and has been shot in some of the main scenes of the film. The official single of the film can already be heard on the main digital platforms. It is a musical theme of Latin urban style that supposes the collaboration between the musician, producer and singer Carlos Jean, the rapper Mala Rodríguez, the rapper Dollar Selmouni, who makes his debut in the film playing Gitano, and the actress Carolina Yuste, in the role of Estrella in Hasta el cielo.

For Carlos Jean, who also adds his voice to the single: “I think there is a word that is transversal to the film and the song: passion” and details “La Mala has given that touch to the song to make it a hit and Dollar brings the reflective part, with his brutal talent for singing”.

For Mala Rodríguez, “Hasta el cielo”: “It was a gift. Everything has flowed very well… I think it has the essence of the film. I feel very lucky”. And she continues: “This song contributes a lot to my career. Once again I show another way of expressing myself, and that’s what I like and what amuses me, getting different things out of me. The verses of this song seem a little high to me”.

Dollar Selmouni, who plays in the film the inseparable colleague of the protagonist, Miguel Herrán, adds his R&B stamp to the song, with his particular voice, warm as soul and deep as flamenco: “I am very proud and I feel very excited. Making the film and now the single, I find it incredible. Both the song and the film are pure rhythm, speed, adrenaline,” explains the popular rapper and urban music reference.

Finally, Carolina Yuste is the interpretative part within the song: “It is the reflection of Estrella, her character, within the song”, explains Carlos Jean.

After its screening at the Malaga and Rome festivals, HASTA EL CIELO will be released in Spanish cinemas on November 27th by Universal Pictures International Spain.