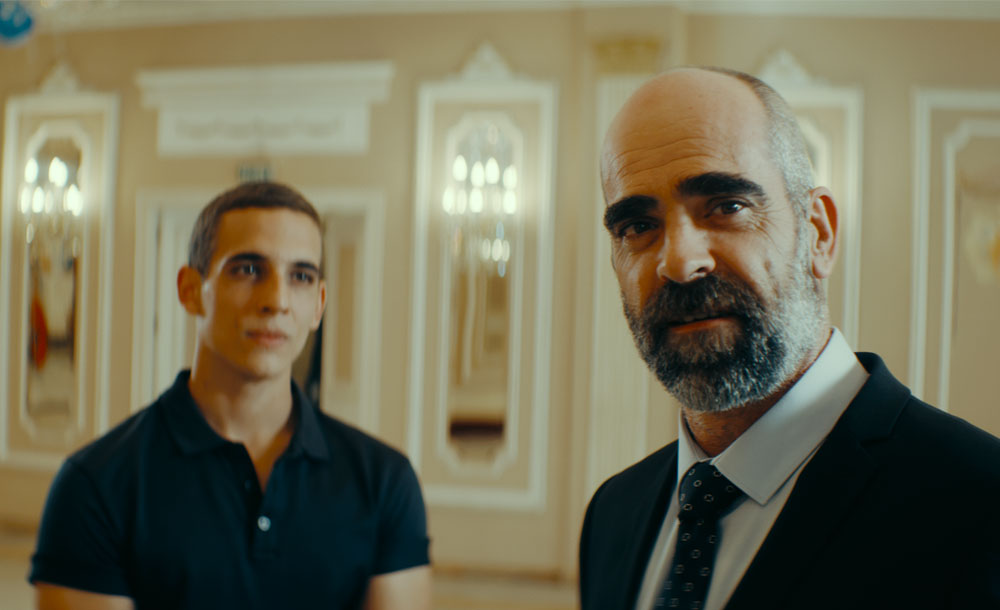 SKY HIGH, the new and exciting thriller of robberies directed by Daniel Calparsoro and produced by Vaca Films, will compete in the Official Section of the 23rd edition of the Málaga Festival, which will be held from August 21st to 30th. The film, starring Miguel Herrán, Carolina Yuste, Asia Ortega and Luis Tosar, also presents its new trailer and will be released in cinemas by Universal Pictures International Spain on August 28.

In addition, SKY HIGH features the participation of other artists who are very popular in the national urban music scene: Dollar Selmouni, Jarfaiter, Ramseys, Carlytos Vela or Rukeli, in what is their first incursion into cinema. The soundtrack has been composed by Carlos Jean, and combines electronic and urban rhythms with songs by C. Tangana or the new single by DJ Nano.