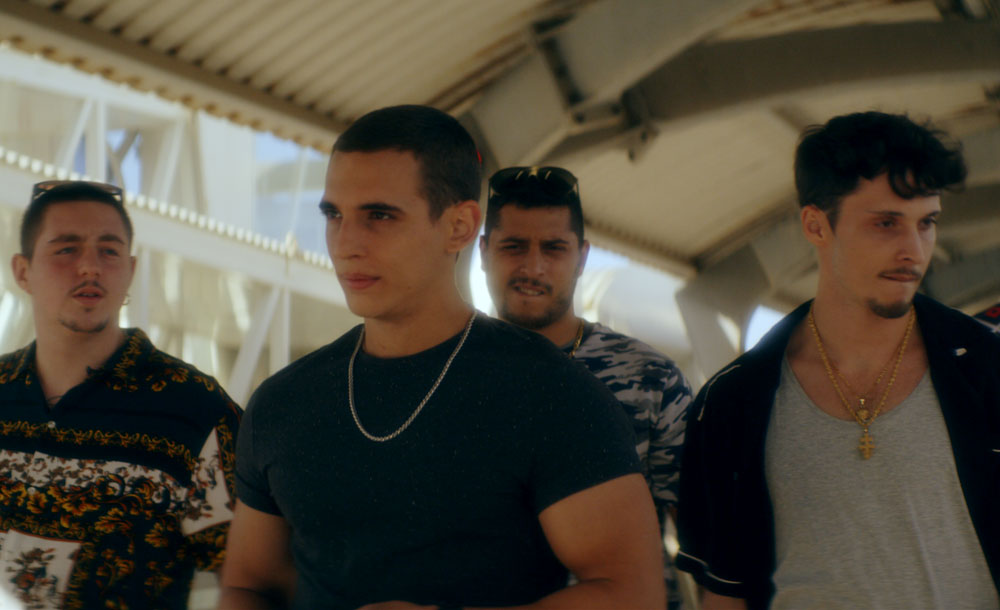 SKY HIGH, Daniel Calparsoro’s new film produced by Vaca Films, has finished shooting these days. The film will be released in cinemas distributed by Universal Pictures International Spain on August 28, 2020.

In addition, SKY HIGH has the participation of some of the most followed artists of the national urban music scene: Ayax, Dollar Selmouni, Jarfaiter, Ramseys, Carlytos Vela or Rukeli, in which it is their first incursion in cinema.

Written by Jorge Guerricaechevarría, SKY HIGH is inspired by true events. In the words of Daniel Calparsoro, its director, it is “a thriller of robberies and strong emotions, a sexy, playful and fast film, with a social background and that narrates the adventures of the criminals raised behind the cranes of the real estate bubble, behind the opportunities, and that have made of theft an art, a way to reach the pleasures and luxuries that our society offers, but that are reserved for a few”.

The director also emphasizes the cast of SKY HIGH: “A combination that has actors of recognized prestige, as well as emerging stars with a lot of talent. We have done a great casting to look for people from the street, we have rappers. Very authentic people who bring freshness and veracity to the film”. He adds: “I wanted to tell a real and genuine story. There’s a love story but there’s also a social background. SKY HIGH “tells the story of a dream: of everything you have to sacrifice to achieve it,” concludes Daniel Calparsoro.

For Miguel Herrán, SKY HIGH is “a cocktail of emotions and action”. In addition, he continues: “I really enjoyed shooting and I gave 100% to this character”.

The day Ángel spoke to Estrella in that nightclub, his life changed forever. After a fight with Poli, the girl’s possessive boyfriend, he discovers that Ángel has the talent to get into trouble and, most importantly, to get out of it. That’s why he encourages him to join a band of muggers who keeps the Madrid police in check and turns their existence into all or nothing.

Ángel begins to climb quickly in a pyramid of robberies, black money, shady businesses and corrupt lawyers that will lead him to be cornered by Duque, a tireless detective who will not stop until his career ends. Disregarding the advice of his people, Ángel manages to ascend until he becomes the protégé of Rogelio, one of the guys who controls the city’s black market. With him and Sole, daughter of the capo, Ángel will discover that the price of power is high and that he will soon have to decide between his future as a robber and the love of his life, Estrella. A journey that began in the dirtiest of the suburbs and whose main objective is the highest: the sky.

Directed by Daniel Calparsoro (To steal from a thief), with a script by Jorge Guerricaechevarría and produced by Vaca Films (Eye for an Eye, El Niño, Cell 211), with the participation of RTVE, Movistar+ and Telemadrid, and with the support of ICAA (Ministry of Culture) and Media Programme. International sales are handled by Playtime.

Filming took place over eight weeks in locations in Madrid, Ibiza and Valencia.