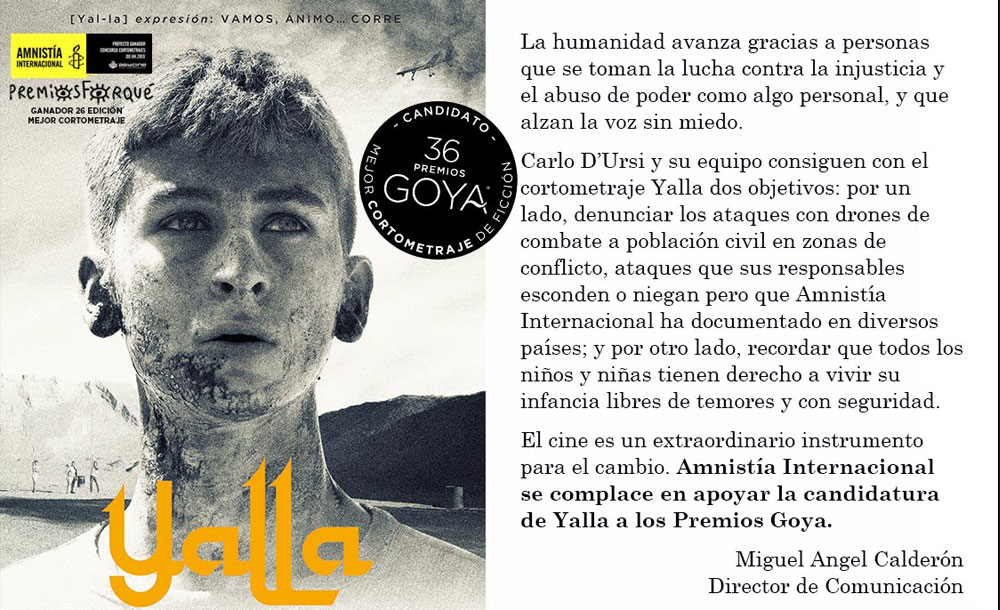 YALLA, the short film co-produced by Vaca Films and directed by Carlo D’Ursi has been nominated for the Goya Awards in the Best Short Film category. The film, based on the murder of four children in the Gaza Strip on July 16, 2014, has already won the Forqué Award and the Amnesty International Award for short film projects from Festival Abycine.

SYNOPSIS
Mufid, a 14-year-old boy plays soccer with his friends. He misses a shot and makes the ball disappear behind a hill. He doesn’t want to go looking for it, but he knows he will.
When he enters the area guarded by a military drone, he discovers that Amina has taken his ball. Mufid tries to retrieve it.
Hassan takes the ball from the teenagers and throws it into some ruins; inside, a big secret.
The drone goes on alert. Mufid comes out of the ruins with the ball, but the drone is not clear. Mufid becomes a new target…