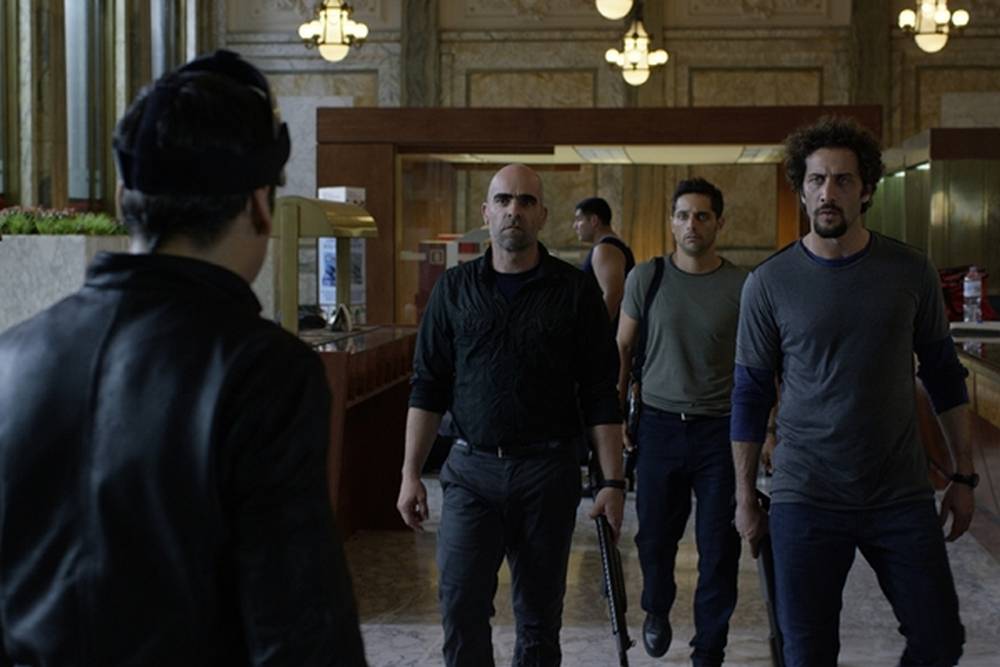 TO ROB A THIEF, produced by Vaca Films and Morena Films for Telecinco Cinema, directed by Daniel Calparsoro and written by Jorge Guerricaechevarría faces its lasts days of filming in Gran Canaria.

Twetieth Century Fox Film Corporation presents TO ROB A THIEF, a production by Vaca Films, Morena Films and Invasor Producciones AIE for Telecinco Cinema, in coproduction with K&amp;S Films (Argentina), Telefónica Studios and La Fermé Productions (France), in association with Fox International Production. The fim has the participation of Mediaset España, Canal + Spain, Canal + France and Telefe and it has the support of ICAA, INCAA and Eurimages.

Rainy morning in Valencia. Six disguised and armed men assault the headquearters of a bank in Valencia. What looked like a clean and simple theft soon becomes complecated and nothing will go as planned. This causes mistrust and confrontation between the two leaders of the band, “El Uruguayo” and “El Gallego”. But, what are they exactly looking for?