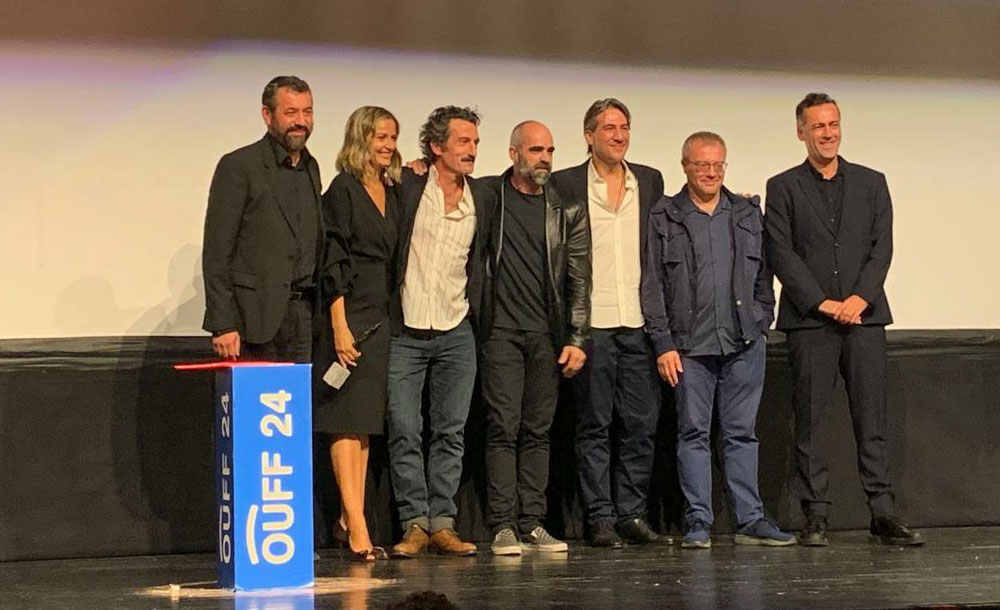 Vaca Films has received the OUFF 2019 Calpurnia de Honra award in a tribute gala that also screened “Cell 211”, a film that this year celebrates its tenth anniversary.

“This is a recognition that we receive with great satisfaction because it is a recognition of the work of many people who have accompanied us throughout these years. Great people who put a lot of effort and enthusiasm every day to move forward all our projects” wanted to highlight Emma Lustres.

The multi-award winning “Cell 211” was the protagonist at the gala, coinciding with the tenth anniversary of its premiere, a film that was also screened at the 2009 Ourense Film Festival after passing through the Venice and Toronto festivals. The main actors Luis Tosar, Alberto Ammann and Luis Zahera, along with director Daniel Monzón, accompanied producers Emma Lustres and Borja Pena in the reception of the award.

The tribute that OUFF 2019 pays to Vaca Films is completed with the edition of the book “Vaca Films. Paixón polo cinema” and with a special cycle with some of its most outstanding films.

This is the title of the book with which the Ourense Film Festival wanted to pay tribute to the career of Vaca Films. It is a collective volume that is included in the festival’s own publications. Coordinated by Miguel Ángel Fernández, artistic director of the OUFF, the book reviews the production company’s trajectory through the contribution of around twenty film specialists such as Andrés Castro, Diana Ramahí, Fernando Redondo, Alberto Abuín and Eduardo Galán himself.

The cycle Vaca Films of the OUFF can be seen in the Centro Comercial Ponte Vella during the week of the festival with the following titles: